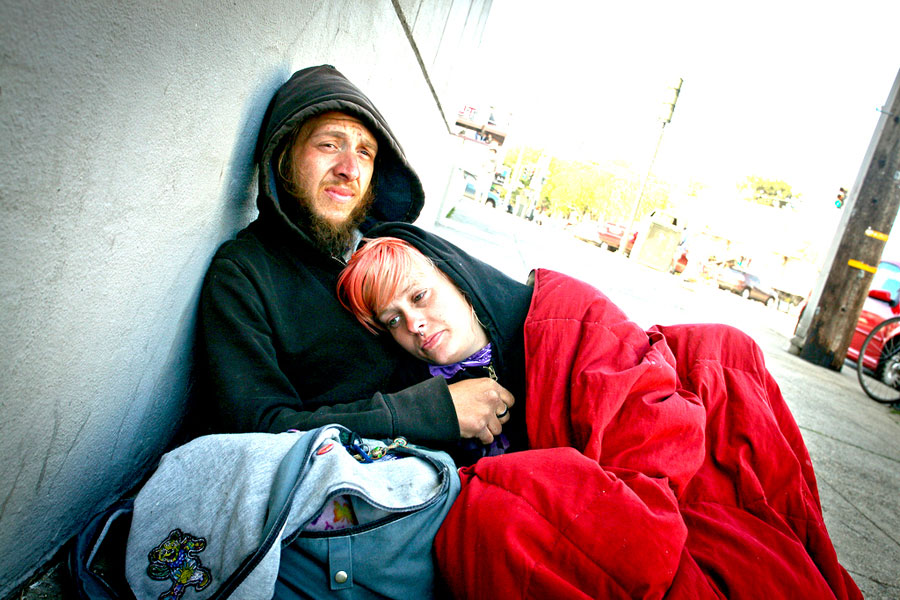 Regardless How Gross, It’s Gross

The nights were long and dark and there was always fear or danger on the streets. “Got your back,” Crip would say. Crip made plans for their survival; meanwhile L. Soul grew more and more sullen.

Two other homeless companions to Lost Soul were Master Mind and Five Uncontrolled Senses. They lived together as a team in allies, doorways or old buildings. M. Mind helped L. Soul accept the condition of each unseemly place. M. Mind talked all day or night to distract Soul from his plight.

Uncontrolled Senses served as L. Soul’s best distraction. With screaming cries which pierced the alley, U. Senses longed for good food or any other sensual delight. Soul tried to remember. Didn’t he and his companions use to share a condominium? He couldn’t quite recall it, but L. Soul thought he may have once lived in a fresh new building on the north end of town.

Though they had spent many lifetimes together, Lost Soul, Crippled Intelligence, Master Mind and Uncontrolled Senses were never peaceful. For the homeless to feel a lack of ease is a matter of daily routine. If we look around us, or even just study our own personal condition, we may notice that all the souls of this world are more or less lost.

Only some of them don’t want to become accustomed to it.

Riding In The GPB

L. Soul had a useful conveyance, Gross Physical Body. The Gross Physical Body carried him together with Crip, M. Mind and U. Senses through a variety of experiences, learning the ways of the world, suffering or enjoying. According to Vedic wisdom, a human GPB is the best, as compared to that of the animals. It is an opportunity for becoming free from material distraction, for developing the life of a pure, happy soul. Human life is meant for self-realization.

But Crip would not allow it. He liked scheming too well. Their life was not very human at all. L. Soul, Crip, M. Mind and U. Senses loitered in the streets in the GPB, sometimes begging, other times cheating or stealing. When the hunt was over, they sat together at dusk to take pleasure in food remnants that were sometimes already chewed on.

They leaned back against the fence and dozed. Crip studied L. Soul, who looked permanently embarrassed.

“Have you thought you might have amnesia?” Crip laughed.

“Well, you have all of the symptoms.”

“In the material concept of life we are busy in the matter of sensual gratification, as if we were in the lower, animal stage. A little elevated from this status of sense gratification, one is engaged in mental speculation for the purpose of getting out of the material clutches.” 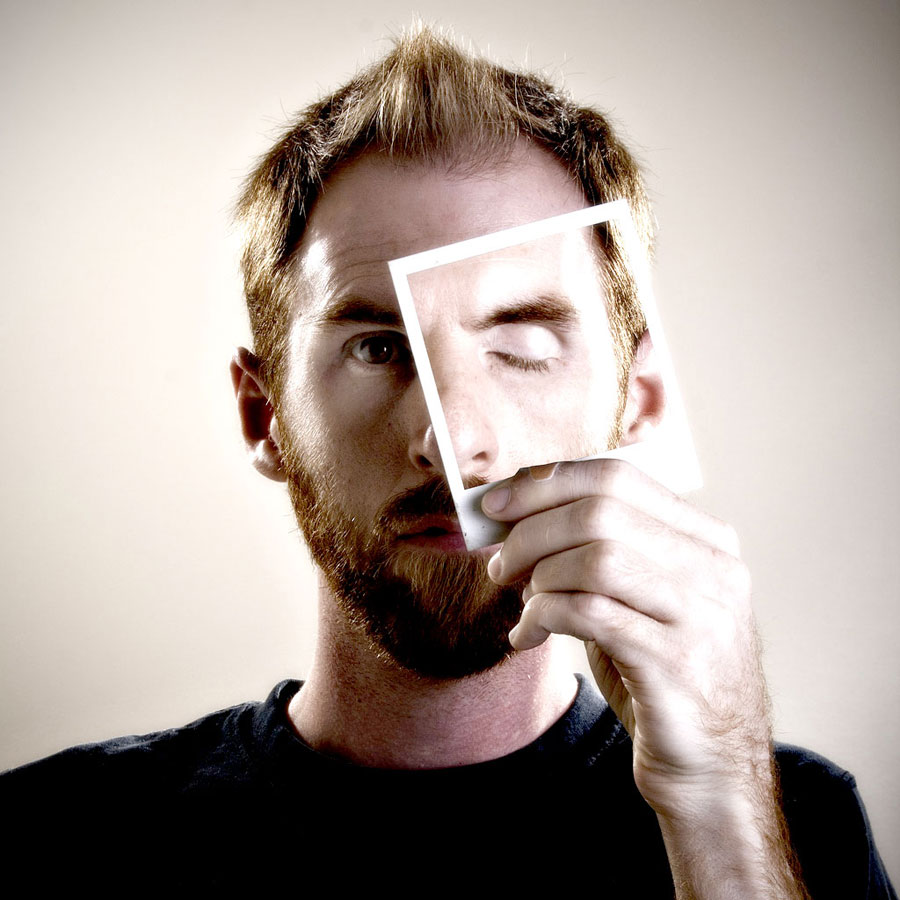 Crip began to seriously question the condition of Lost Soul. He pulled out an old and weathered, paperback copy of the Bhagavad-gita and read out loud: “The working senses are superior to dull matter; mind is higher than the senses; intelligence is still higher than the mind; and the soul is even higher than the intelligence.” (BG 3.42)

“This is very important, Soul. Do you know who you are?” asked Crip.

L. Soul glanced down the alley and back.

“I am your intelligence. It’s my duty to tell you whatever I find out. Please, listen. This book, Bhagavad-gita, is all about you, Soul. It’s saying who you are. You are higher, you are better than this! You don’t even belong here! Now I know why you’ve been so embarrassed for so long. The distress, the cold, the violence, the bad food, you’re not meant for this. You are a blissful spiritual being, and you are eternally so.”

L. Soul did not make any expression.

Crip laughed out loud. “Listen up, Lost Soul. I think we finally found out who you are. Do you understand?”

Soul felt the beginning of some new sort of feeling about himself. He would have smiled but night was coming.  He curled up in the GPB and tried to sleep.

Morning came and M. Mind had an idea, “Why not take the GPB over to 5th Avenue. The dumpsters are usually full over there and,,m,mj you know, there’s the storefront with that big full length mirror…”

Crip cautioned M. Mind. “You know what happened the last time we did that. He was so disturbed by what he saw he didn’t respond to us for days. Don’t bring that up again, M. Mind.”

Crip puzzled for a while.

L. Soul shrugged. He raised the arm appendage of the GPB, which put the hand appendage level with his eyes.

L. Soul studied his hand. There was the usual round, fleshy structure laced with protruding arteries, draped in a strong skin. There were five bony digits with knuckles covered by wrinkled flesh.

On the end of these five limbs was a hard covering to protect its furthest limit from the general abuse of life. As animals have claws so do men have nails. (This contrast suggests a non-carnivorous biology.)

L. Soul pondered this extension of the GPB for some time. “What is this hand? Although attached to me, how is it mine? How is it me?”

“Is that me?” Soul asked incredulously. “Of course not, Crip. That’s my hand.”

The arm to be studied was grimy. Black hairs sprung out of it in swirls. Freckles and pock marks from childhood, sun spots and scars from manhood – such was the population of that furry forest. L. Soul was surprised to notice the foreign appearance of this assemblage.

“Sincerely I ask you, is that you?”

L. Soul removed his odiferous shoe. He examined his foot. Soon Crip had him examining his calf, then his knee. He also took into consideration his hips, his abdomen, and his chest.

“Well, I’m the one who sees it all, I’m, I’m beyond it…” L. Soul trailed off and began to think maybe they were on to something.

By process of elimination, L. Soul began to consider each of his body parts as quite distinct from him. He was in fact an Observer of his body. The old GPB was only a vehicle, not to be taken as one’s very Self.

M. Mind became excited. Suddenly they were off, those fabulous four, L.Soul, M. Mind, U. Senses and Crip, those embodied passengers. They arrived at the storefront on Fifth Avenue and parked the GPB in front of the long mirror. Lost Soul wanted another look. This time he knew it would be different.

Countless people walked to and fro on the sidewalk, each sporting his or her own version of the GPB. But none of the people on the fashionable avenue could bear the vision of this stranger on their street. The mirror showed why.

Soul’s GPB was dressed in layers of stained and ripped clothing, yellowed by outdoor light, darkened by automobile exhaust. We won’t discuss the fragrance. His head carried a layer of compact hair caked and soiled. The ears, mouth, nose, and other apertures had accumulated a grease of black.

The sun was rising. Curious, L. Soul took advantage of the early light. He carefully examined the stark reflection shining before him. He quickly willed not to look, not at all. Then he looked into the eyes. He did not startle away as last time, but strained to remember Crip’s words,

“…You are higher, you are better than this. Now I know why you’ve been so embarrassed for so long. The distress, the cold, the violence, the bad food, you’re not meant for this. You are a blissful spiritual being, and you are eternally so.”

What relief to have this understanding!

“Is it everyone’s destiny to understand the Self beyond the body?” he asked Crip.

“Unfortunately, not everyone is ready to understand this, but you, my dear Lost Soul, can neither be burned by fire, nor moistened by water, nor withered by the wind. You are unborn, eternal, undying, and primeval. No one can harm you.

“You can only inhabit a gross physical body, and you are not the body not any more than a driver is his car, or a bird is his cage. Neither should you misidentify your Self with the experiences of the material mind and senses. You are an atomic part of the most fine, sublime energy constituted of complete bliss and full knowledge and higher power.” Crip repeated what he had learned from the Bhagavad-gita.

The sun gleamed on the white sparkle sidewalk now crowded with hundreds of GPBs rushing by. The day was well underway. L. Soul smiled at himself as well as all those who would stare at him.

It Is The Banyan Tree