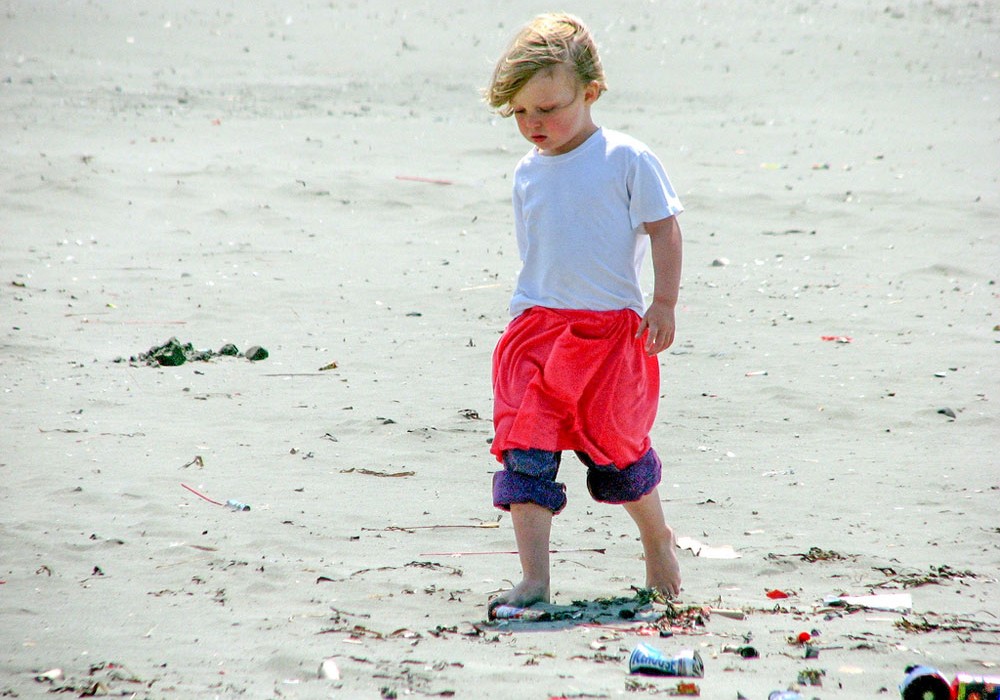 Never has there been a time when humans are so intelligent and advanced, right? Led by our fearless scientists, technologists, and politicians, how can we lose? Well, check this out from the advanced scholars and medical ethics experts of Oxford University, the University of Milan, and the University of Melbourne.

Doctors should have the right to kill newborn babies because they are disabled, too expensive, or simply unwanted by their mothers, say these academics on the cutting edge. “Babies are not real people.”

We should note that this is an honest materialistic conclusion because, after all, if everything and everyone is only matter, then why not tidy up the piles of matter known as human beings by throwing out, like the garbage, defective or unwanted matter? If there is no spirit soul, then what does anything matter? There’s no difference between a beer can and a person.

Francesca Minerva, a female medical ethics specialist, argues a young baby is not a real person and so killing it in the first days after birth is little different than aborting it in the womb. What’s more, even a healthy baby could have its life snuffed out, if the mother decides she can’t afford to look after it.

Writing in the Journal of Medical Ethics, Dr Minerva and co-author Alberto Giubilini, a University of Milan bioethicist, argue that “after-birth abortion” should be permissible in all cases in which abortion is.

They state that like an unborn child, a newborn has yet to develop hopes, goals and dreams; so, while clearly human, he or she is not a person, someone with a moral right to life.

The concern is that parents, older children in the family, and society as a whole have aims and plans that could be affected by the arrival of the child. Therefore, the interests of “full humans” should come first, especially since the baby, though a human, is not a person yet.

Why should handicapped infants live? The practical reality of creating a family, the researchers point out, is that often parents are unaware their child is disabled until after it is born. Although a handicapped child may be happy, it will not reach the potential of a normal child. “To bring up such children might be an unbearable burden on the family and on society as a whole.”

Why be squeamish and sentimental? The logical defense given is that society aborts millions of unborn children even though the fetuses, if left undisturbed and allowed to depart from the womb, have the potential to live a full human life.

Consequently, the experts say, there is no real difference between eliminating a child living in the womb or recently out of the womb. In both cases the full person is not yet developed; therefore, parents and society can freely do what they see best to do.

Be progressive, be practical. The bioethics experts are also in favor of liquidating a healthy baby when the woman’s circumstances have changed: she no longer has the time, money or energy to care for it.

They argue that while adoption might be a mother’s option for the child, it could cause undue psychological distress to the mother.

Ephialtes – abandoned child of a spartan family. Screen shot from a scene in the movie “300.”

In Roman times, disabled infants were often abandoned after birth by parents who did not want or could not afford the financial burden. The child would simply be left outside to die from starvation and the elements in a practice known as “exposure”. It was an established and acceptable procedure.

In the ancient Greek city-state of Sparta, there was little choice in the matter. Newborns were seen as the property of the state and all babies were inspected by a community leader. If the child showed signs of deformity or ill-health, the parents were ordered to expose it.

In these foundational societies of Western culture, leaving the child to the elements was the preferred method to “dispose” of the child because it meant the child died of natural causes—a more “moral” death than directly killing the child.

Without a comprehensive spiritual science of the self and the Supreme Self, this is where society must inevitably head: gross, demonic materialism, devoid of “sentimental niceties.” Time and time again the same ugliness pops up, century after century.

The logic can be extended. If the measure for abortion is “until the child can survive outside the womb (the current measure used in USA law – that is how they came to the point of allowing abortion through the 2nd trimester of the pregnancy) then logically you could kill the child up to six or seven years old. If it was earlier than that the child could not really survive on his or her own. By six or seven the child could probably rummage in dumpsters and survive in some kind of feral state.

What about the retarded, seriously handicapped, or chronically ill? What about those healthy now but by testing their DNA we can see that they are prone to MS, Lou Gehrig’s disease, or early on-set Alzheimer’s?

Lessons we learn from the Greek story of Oedipus.