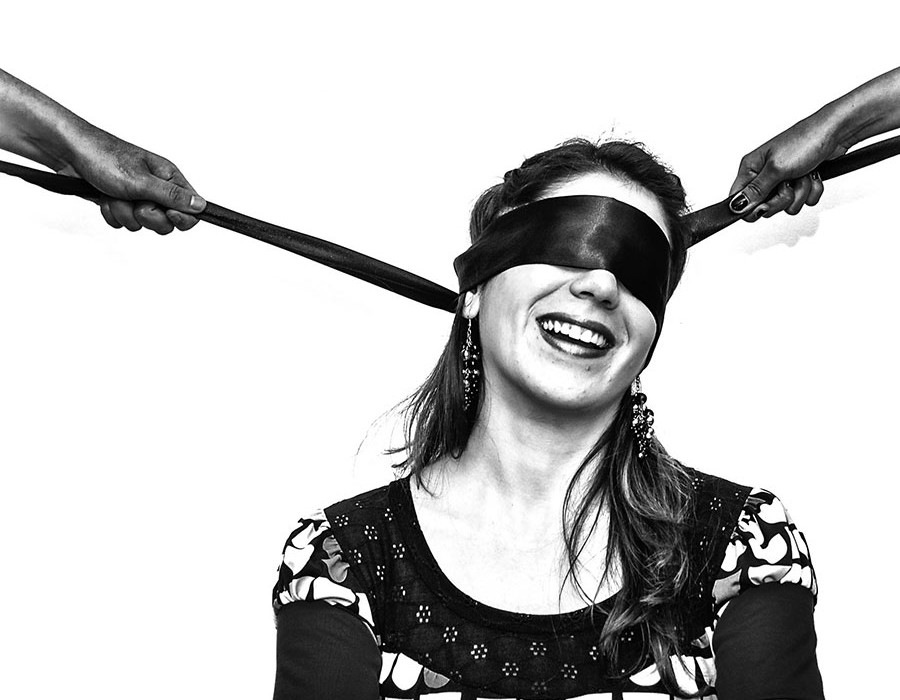 In the Bhagavad-gita is a description of the modes of material nature, which are described in detail and divided into three categories of ignorance, passion, and goodness. The modes of material nature can be empirically observed and they can influence every part of our lives from what we think, to how we feel, to how we act. When one is learned, conscious, and conscientious of how material nature is working in one’s life, one can choose how to live life from a more informed, realistic perspective.

As a doctor can determine a disease by analyzing the symptoms of the patient; so, material nature can be studied in a similar way by observing its unique characteristics. For instance in the Bhagavad-gita, the mode of goodness is described to be that which is illuminating in knowledge and free of bad reactions or karma. When one acts in goodness they become conditioned to knowledge and a sense of happiness. Passion is described as associated with great attachment, great endeavor, activity for the purpose of enjoying the results, and uncontrollable desire and hankering. Acting in passion brings one misery. Finally, ignorance is associated with madness, inertia, illusion, and darkness, which bring foolishness.

Just as the three primary colors, when combined in different ways, can be used to produce a colorful, multidimensional piece of art; similarly, these modes of nature are dynamic and can combine in a seemingly unlimited number of ways to generate what we perceive to be reality. That is what we are most oftentimes observing in our environments – a matrix of various, seamless combinations of goodness, passion, and ignorance.

Contemporary scientific studies have indirectly confirmed the pervasive influence that the modes of material nature have on us. One such field of science that gives credence to the phenomenon is the breakthrough research on studies of the human brain and its reactions to external stimuli. By studying the brain, neurologists have identified structural and neurochemical differences in patients that were conditioned to environments of goodness, passion, and/or ignorance.

According to researchers in conjunction with the United States Department of Human and Health Services, neurochemical changes are experienced by infants who are exposed to various traumatic events and such changes can affect the outcome of one’s entire life. There is a chronic stimulation in the brain’s fear response which simultaneously stultifies the brain’s region for complex thought and abstract cognition when it is overly activated. This may permanently affect the brain’s development and alter its ability to use serotonin, a chemical responsible for “producing” happiness. Martin Teicher, a researcher at Harvard University, reported that child abuse can reduce brain volume in the hippocampus, making the child susceptible for drug abuse and depression later in life. Furthermore, MRI studies on the brain have revealed that brain waves are altered when the patient is shown anxiety-producing images.

On the reverse spectrum, when one cultivates peace and stability, the brain also reflects these stimuli. University of Madison psychologists have shown through fMRI scans, after studying monks who were engaged in daily meditation for years, that the insula region of the brain was higher in activity than a normal person’s. The insula region is special for its ability to detect emotions and identify bodily responses to emotions, i.e. heart rate, blood pressure, etc. These monks, both through the brain study and by observing their lives of mediation, show a greater tendency for compassion, on average, than those who live a more hectic and competitive lifestyle.

Even though one may be born with brain deficiencies that steer one towards acting in impious or inappropriate ways, through proper cultivation by one’s surroundings and behavior, one has the possibility to change these tendencies. Scientists have proven that although one may be born with abnormal levels of serotonin, which is believed to put one at risk for psychopathy; if one is brought up in a positive environment during childhood, the ventromedial prefrontal cortex can open up to more readily take in the environment, possibly redirecting the course of that person’s future behavior.

From the research, it can be surmised that behavior and environment play a large role in the formation of the quality of one’s life. Those who were in abusive situations and possible harbingers of future abuse based on these brain studies were in contact with qualities distinctive of passion and ignorance. Conversely, those who cultivated a sense of deeper peace and well-being were observed to have a greater sense of happiness and satisfaction in their lives according to their brain activity, and were living in goodness.

Therefore it can be concluded that everything one does, from what they eat, to how they interact with others, etc. influences us in profound and unseen ways as evinced by studies on the human brain. Whatever mode we cultivate – goodness, passion, and ignorance – will surely inure us to a condition that is symptomatic of that quality of material nature and the longer one stays in that condition, the more these qualities become pronounced in the person on a subtle and gross level.

Hence, it is a reciprocal relationship between one’s mind and one’s environment and activities. However, a self-reflective person may ask: how is it possible to cultivate the mind when we are subject to a constant struggle for predominance among the modes of nature? Most spiritual disciplines, which integrate the process of yoga, give the yoga practitioner the singular opportunity to elevate their reality from the lower modes of nature to a higher level of existence by doing just that- cultivating the mind. How? By dealing directly with this reciprocal relationship of focusing the mind on that which is in goodness or even spiritual goodness, and molding one’s life and activities in such a way that one’s mind can focus more attentively on this reality without distraction (i.e. living a disciplined lifestyle); culminating to the point when one is living every moment in pure goodness. In this way one can cultivate one’s life without so much precariousness from the vexing material nature.

So, here’s a new perspective on the dynamics of life. The choice is in many ways ours.