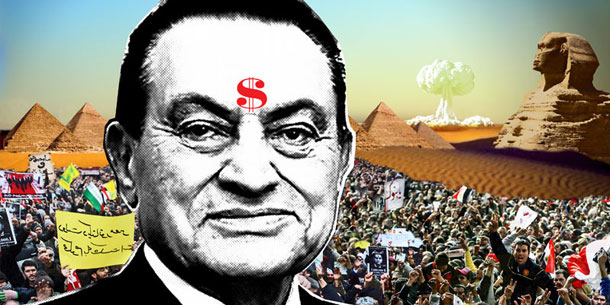 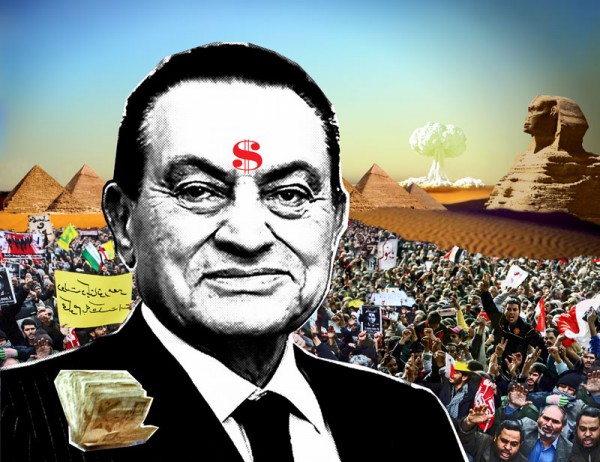 People naturally want to have a say in the decision making process of their own destinies. Probably one of the worst feelings one can have is a lack of freedom to make decisions about one’s own fate.

With all the rapidly happening things in the world today, events in Egypt are quickly sinking into history. However, while thinking about the dramatic events in the recent history of that country, I am reminded of wise teachings.

When did the trouble of the Egyptians start? It is hard to say. It probably always existed in one form or another. Hosni Mubarak became the president of the country in 1981. Like all the presidents of Egypt, Hosni too had a military training background. He was certainly an educated, cultured, and sophisticated person. Perhaps he also had his fellow citizens’ interest in mind when taking up the post of the president. Whatever his motivations might have been, I can only speculate about it. The fact is that the people of his country wanted a democratic government. They wanted to have a say in the decision making process of their own destinies. Probably one of the worst feelings one can have is a lack of freedom to make decisions about one’s own fate. However, Mr. Mubarak managed to hold on to the absolute power for thirty long years.

Not only did his fellow countrymen have to humbly accept the results of his personal decision making which were in many ways directly deciding Egyptians’ present and future, but they were also living in poverty while Mr. Mubarak’s wealth, and that of his personal family, was increasing to ridiculous proportions. No one knows exactly how much is the Mubarak’s family’s worth. The British Guardian newspaper cites Middle Eastern sources estimating the Mubarak wealth to be between $40 billion and $70 billion. ABC News came up with similar estimates. Compare that to the wealth of Bill Gates whose worth is $53 billion. If Guardian’s and ABC’s numbers are correct, that would make Mr. Mubarak one of the richest people on the planet if not the richest. Now we can begin to understand the anger of the Egyptian people. To amass that kind of wealth as a president of a rather poor country is much more than shady. As I write this, Egypt’s General Prosecutor has issued an order prohibiting the Mubarak family from leaving Egypt. A criminal investigation is underhand. Even Switzerland’s government froze Swiss bank accounts possibly related to Mubarak’s family. 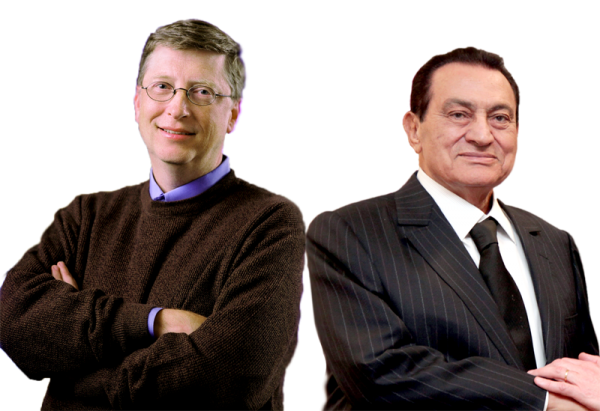 However, all that is now over. Mubarak is off the throne and democracy is ascending. People are excited about the new, bright future with the draconian system behind. Now Egyptian Muslim extremists are killing Egyptian Christians. The members of the Muslim Brotherhood party are demanding, out of fear, that Egypt be an exclusively Muslim-run country. Thus one set of problems has been replaced by another set of problems. However, people still have hope. After all, who could live, or exist on any level, without hope.

Short Blanket On A Cold Night

It is the nature of the physical existence that something must be hurting. Material existence is like having a short blanket on a cold night. No matter how you position yourself, a part of the body will be uncovered and exposed to the cold. We may solve one problem, but another one will manifest. Krishna teaches (Bhagavad-gita 8.15) that the material creation, although containing happiness, is permeated by pain and it is ultimately temporary.

It is not possible for peace and happiness to last. Disturbance comes unsought. No one goes to the forest to set a fire. Yet somehow by the friction among trees, forest fire takes place. The First World War, for example, was so gory and horrific that all people decided to do everything they could to ensure that nothing like it would ever repeat in history. The First World War, according to some estimates, took 17,000,000 lives and left 22,000,000 wounded. However, just some short twenty years later, the Second World War broke out taking more lives and painfully impacting more people than the First World War (World War Two took nearly 80,000,000 lives.) On the material, physical plane happiness and distress are like summer and winter (Bhagavad-gita 2.14). When one is over, the other one sets in.

So what should Egyptians do? Give up and let Mubarak and other such scavengers reign supreme? Should they withdraw themselves into their internal world and simply tolerate whatever extremes might be taking place outside? I guess they could try that. However I would advise them to consider Krishna’s teachings.

Krishna says that we should carefully cultivate the spiritual source of our happiness while dealing with the external world as a matter of duty. We should not get elated when in material comfort because it will not last. Neither should we feel desponded when in material discomfort because that will not last either. As the summer is followed by winter and as winter is followed by summer, happiness and distress take each other’s place. The trouble called Mr. Mubarak might be over for Egyptians, but something else will surely replace him. Think of the short blanket on a cold night example for a minute. Something is bound to be left uncovered and cold. One may manage to cover and keep warm one’s chest, but his legs are going to sooner or later get cold. At that time one will cover his legs but will be forced to expose his chest. After covering the chest, one will feel warm and happy, but only for a while until he gets woken up by the cold due to having his chest uncovered. Thus one will indefinitely continue to alternate the solutions. Something is bound to be cold. 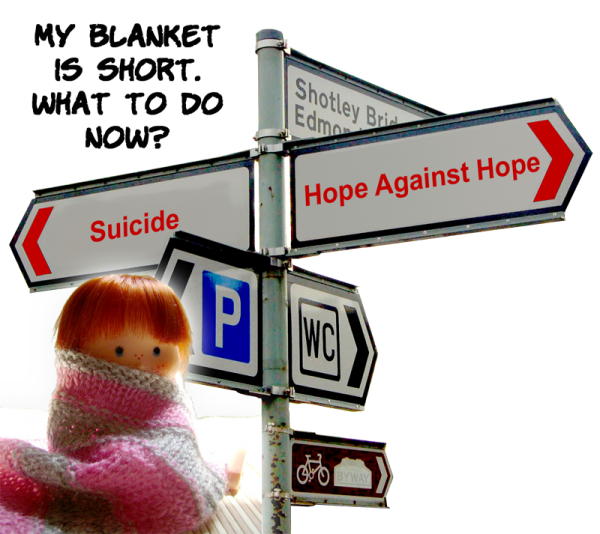 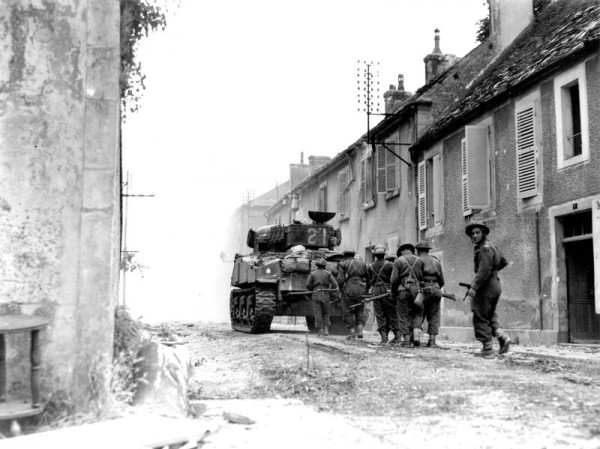 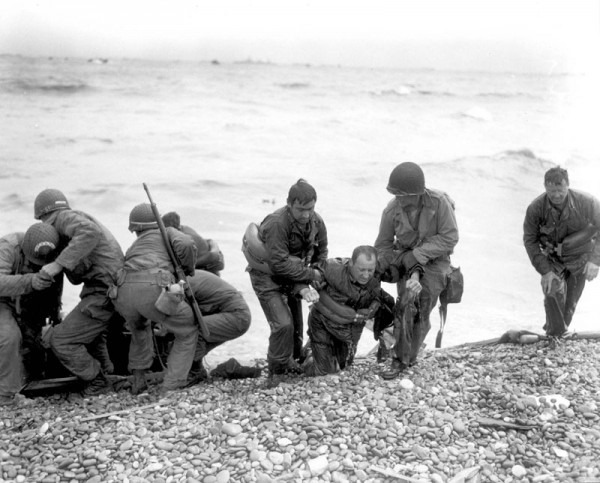 Even if somehow we are to manage to eliminate all sources of external discomfort, we would still not achieve happiness. Happiness is not a matter of external arrangements. Happiness is an internal experience, independent of the external world.

It is interesting to note that often the people with means to produce lots of external comfort tend to be internally uncomfortable people. It is painful to see all the wealthy celebrities who just can’t get a grip on their own lives. While pursuing the top limits of the external comfort, too many are eroding internally.

I wish you a happy and successful journey.

“It is my certain conviction that no man loses his freedom except through his own weakness.”

Even though Gandhi said and wrote many things that are incongruous with what I have  experienced in life and studied in the Vedas, this statement by this otherwise great person, reveals an important spiritual secret, the one I tried to communicate about in this article.