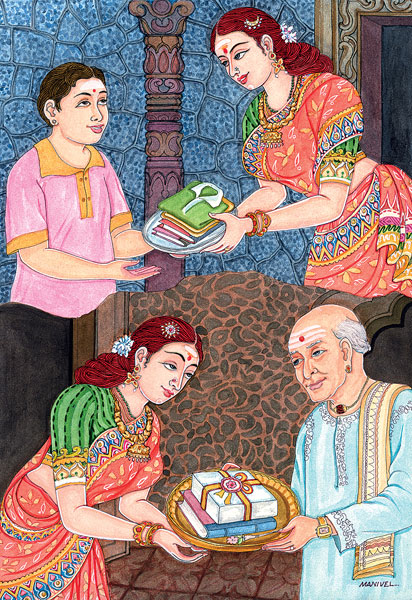 From ancient mystic scriptures to the smutty tabloid pages in the drug-store check-out line, you hear the word a lot these days — “reincarnation.” What is it, anyway?

Simple: After you die, you get born again in a different body.

Sounds kinda wild at first, maybe. But if you sit down and give it a fair think-over, you’ll see the logic of it.

The last article explained how you are not the body.

Understanding this, you can easily get a grasp on reincarnation. Remember that experiment, comparing your baby pictures with the baby face that confronts you in the mirror? You saw two very different bodies, but they both belonged to one person—you.

You used to have a tiny infant’s body, now you have a mature body, and someday you’ll have a wrinkly body. Somehow, you’ve been imperceptibly changing from one body to another as time passes by. From here it’s not such a gigantic leap to understanding reincarnation. Just as we change bodies throughout life, we also change bodies at the time of death. 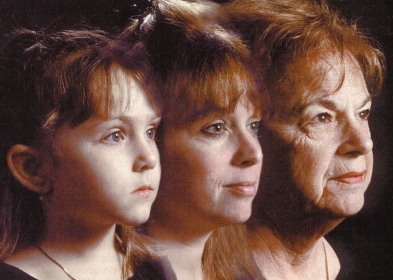 You’d be surprised how many people belive in this kind of thing. But few have a clue as to the details of how reincarnation works. The ancient knowledge of the Hare Krishna movement, however, explains the subject exhaustively. We’ll just give you a quick summary of the essentials.

First of all, we’re not simply a self in the body. We’re a self in two bodies: a physical body and a mental body.

The physical body is that familiar thing made of flesh and blood and stuff like that. The mental body is formed of the three subtle elements known as manah (mind), buddhi (intelligence), and ahankara (false ego, or conditional identity).

At death the mental body and the self get kicked out of the broken-down physical body. The mentality carries the self from the physical body to the next, to fulfill the hopes and desires of the mind, intelligence, and false ego.

The Purpose of Reincarnation

All right, in a weird way it sounds pretty reasonable and convincing—but what’s the purpose of the whole thing? You get born, you die, you get born again, you die again… What’s the use of it all?

Yeah, it is pretty dumb to get born and die over and over again. But sometimes desires and dreams overthrow our better judgment and we do dumb things. That’s basically how we got involved in this cycle of birth and death to begin with.

Desires and dreams impel us to build our hopeful sand castles of material happiness — which are smashed flat again and again by deathly waves in the ocean of time.

The purpose is to learn the lesson that finding any lasting satisfaction in this costume-party world is hopeless. The whole idea of self-realization is to stop reincarnation, to stop taking off and putting on bodies, to halt the endless parade of masks marching before the forgotten face of the soul.

The frustration of reincarnation is to give us the hint that the fulfillment we seek can only be found by waking up our long-dormant perpetual identity, the true self, who lives outside the avenues of time, beyond the borders of birth and death.

Doubt: If I really have lived past lives, I should remember them.

Answer: I have serious trouble remembering what happened yesterday. Five years back things become a dim haze. Memories of my early childhood are practically forgotten. And my birth is entirely unknown. Is it really such a surprise that I don’t remember previous lives? I can’t even easily remember what I ate for lunch last week!

Doubt: OK, this is like “Karma”. Right? I suffer or enjoy because of what I did in the past. That’s supposed to teach me a lesson and gradually move me toward self-realization or something, right? Well, my question is: What good is it for me to be punished or rewarded for something in a past life that I don’t even remember doing? How is that supposed to teach me a lesson?

Answer: Suppose you rob a bank and get caught, convicted, and locked up. Then one day you get in a fight and bang your head. Bam! Suddenly you can’t remember who you are or how you got into jail. But then your cellmate tells you, “Hey, man, you robbed a bank. You belong here.” Now it all makes sense, and if the system works (which admittedly it rarely does) you’ll learn your lesson, and when you get out you’ll go straight.

This whole world is also a sort of a jail. Ultimately, we’re all on death row, and in the meantime there’s plenty of bad stuff that happens to us—like diseases, wars, getting ripped off. If we’re smart enough to ask “Why?” and look for the answer in the right place—such as the ancient books of wisdom called the Vedas—we’ll understand that it’s because we screwed up in our last life. Instead of working toward self-realization so we could stop reincarnation, we did whatever the heck we wanted, impelled by the desires of the body and mind. And so we wound up with another miserable material body in this prison house of the material world. This is an example of the law of karma.

Doubt: “Karma!” I can’t believe you. To think that people deserve their suffering—it’s just a reaction of their past activities—what a horribly insensitive, cold-hearted outlook.

Answer: If you’re not familiar with the term, karma is the natural law that “every action has an equal opposite reaction.”

Yes, it’s true; people who are suffering are really just  “getting their karma,” getting justice. But that doesn’t mean we prance around famine victims, sneering and pointing fingers – “Hah! You deserve it, buddy!” Of course not.

Reincarnation and karma don’t interfere with our compassion for others. In fact, by understanding the complete philosophy, a person becomes totally compassionate toward everyone and gains knowledge of how to help people become free from karma and suffering.