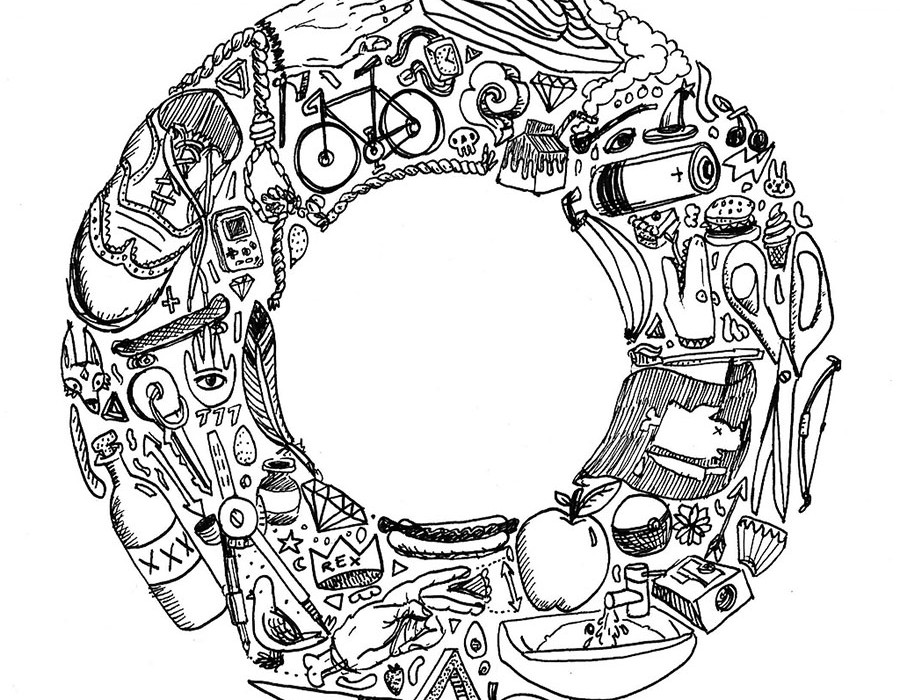 What Would You Do?

Many of us have spotted some lost money while walking about. If you see $5 or $20 and there is no potential owner in sight, you may consider that it is not a serious loss. In that case, you’ll slip it into your pocket while singing the familiar childhood tune of “Finder’s keepers, loser’s weepers.”

That is one kind of scenario, but what if you stumble upon a really big pile of cash? Now, this can pose a bigger dilemma for some people.

While many would do the right thing; still, even for the “morally-sound” there might be a mental tug-of-war before the heart caves in as you start thinking of some sweet old lady out there weeping for the loss of her entire life savings.

What you would do really boils down to what kind of person you are. More importantly, it comes down to your philosophical approach to life.
Basically, there are three routes that a person can take to deal with a situation like this:

You may see how these are actually different philosophical outlooks on life itself. Let me explain.

An Abundance of Sense Objects

We all take our birth in this world, and find before us a great sum of money. Because from the day we open our newly developed eyes, we see before us vast wealth in the form of material objects produced from nature.

These resources include fabrics for clothing like cotton, silk, and wools; fine gems for jewelry, like sapphire, rubies, and diamonds; precious metals like gold and silver, an abundance of vegetation and spices for preparing fine foods, and land for living; from animals, such as cows that produce milk, to wood and earth for building houses, and so on.

To be born in this world means encountering an abundance of wealth in the form of various resources that material nature is providing.

The tricky part here is that in contrast to our example of lost money, it appears that no one owns the stuff this world is made of. It seems like these natural resources are just there for the taking; like we live in a world that automatically abides by that same childhood tune of “Finder’s keepers, loser’s weepers,” except with a lot more drones, tanks, and guns to keep it all in place.

Considering the value of the resources of this world, let us again look at the three different approaches. But this time, in light of life itself…

When we approach the wealth of this world as an enjoyer, we actually live in the consciousness of a thief, because none of us can honestly claim to have produced any of this wealth. Yet we go on, acting like we are its true owners.

This mentality is akin to the corporations of the world who steal resources from the Earth by claiming self-ownership, slapping on their logo and charging others a fee; it could manifest as something like WATER™ brought to you by “BRAND X®”.

Neither did BRAND X® create WATER™, nor will it ever be possible for them to own a substance like water. Why? Because, duh! The existence of water, and even the material to make the plastic bottles, preceded the existence of its so-called owners!

So, the materialistic approach to enjoying life is like this. We look at the material things of this world, and we falsely consider ourselves to be the owners and controllers. To see the world’s objects as ours means to live in a selfish, egoistic state of consciousness. It means to live ignorantly, not caring to understand reality. Although the majority of humans choose to live and think like this, this kind of thinking cannot be considered elevated. Basically, it is an approach to life governed by deep ignorance of very obvious facts about the world.

When we are frustrated in making attempts to enjoy a temporary experience in this temporary world, we have the unique opportunity to begin to see what the materialistic person fails to see; namely, the impossibility of owning and controlling matter. Thus, we take an entirely different approach to life – the path of detachment.

Many different types of spiritual seekers fit this bill, such as different types of yogis, Buddhists, and meditators who are all convinced of the frailty of enjoyment based on materialistic pursuits, and thus they begin to practice the negation of such entanglements. This is known as the path of detachment.

Their objective is to become callous to all temptations that the illusory world provides, by the practice of stilling the mind via silent meditation. They close their eyes and sit in a lotus pose, hoping to “shut out” the distraction of the outer world. They hope to extricate themselves from an endless game of unsatisfied lust, wanting to attain a state completely free from desire and want.

In fact, there is an impersonalist Sanskrit mantra that says “Brahma satya jagan mithya,” which means, “only consciousness is real; the world is false.”

Those who follow this path consider that the only way to real peace is to eliminate the very ego from which desires spring. They attempt to end the suffering that they feel is born of a duality between oneself and God.

Thus, many catch phrases are born, like “Become ONE with the Light”, “Merge into the Totality”, and last but not least, “It’s ALL LOVE (brother).”

Therefore, the greatest folly of this approach is the attempt to artificially repress one’s natural life force – the soul. This is because the soul is eternally an individual person! The immutable nature of every being is that of a self, wanting to express its cognitive nature in the form of some pleasurable activity. Thus, in the attempt to become detached, one’s heart becomes very hard due to acts of self-denial.

The superior approach is now described. When one can understand both facts: the futility of materialistic pursuit, and acknowledge the soul’s real need for pleasurable activity, one becomes qualified for the path of devotion.

An intelligent person can see that although this world is temporary, it is not necessarily false. Since the beauty of this world appears to have real intrinsic value to us, a thoughtful person will inquire, “What is the origin of such beauty and wealth?”

A sincere spiritual seeker, having some attraction to objective truth, will devote one’s life energy to seek and find out the real source of the world, i.e. its actual controller. When one is able to recognize the source, such a person tries to always see and employ everything in service to that Supreme Absolute Truth. At that point, such a person becomes known as a “devotee of the Absolute Truth”.

In the devotional approach, there is simultaneous personal spiritual identity with practical activity, and detachment from exploiting matter. For example, one may take the lost money, or in this case the material resources, but only with the purpose of connecting them back to their source. One may use the things given to us in this world, but only exclusively in the spirit of service to the Absolute Truth, the cause of all causes from which all things, material and spiritual, emanate.

This is the essence of the devotional approach: connecting to that Supreme Origin of all life by means of devotional service. The state of consciousness that one attains by this method is known as Krishna Consciousness.

In India, we see this when the residents offer respect to the river Ganges. During the time of prayer many people will grab a palmful of water from the Ganges River and, with a few prayers, slowly pour it back into the Ganges as an offering of love. The idea is that energy taken from the source is offered with love back to the source.

To become Krishna Conscious means to see that everything in this world is owned and controlled by Krishna, the Absolute Truth. Everything in this cosmic manifestation emanates from Krishna, and when the devotee offers all of his/her material possessions, and personal working energy back to that original source, a complete life circle is made.

We are not the owners of this world. We have only stumbled upon it.

Consciousness In a Simulated World

Is It Dead or Alive?