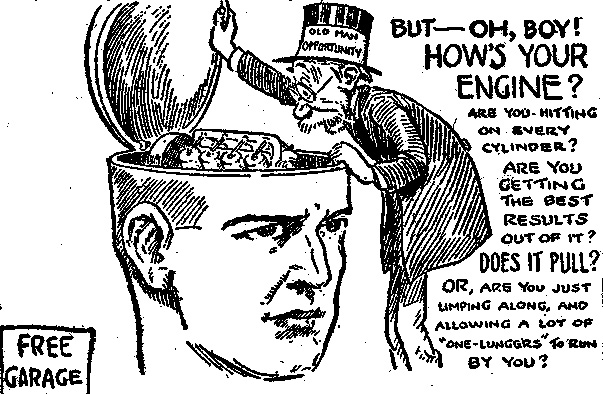 Because they have a university degree and a few plaques on their wall, most of these science guys think it gives them the key to knowing everything there is to know about the workings of the universe.

But the truth is, modern scientists are still baffled more than ever when it comes to explaining the phenomenon of consciousness.

For the most part, the standard explanation is the one of Positivism. This states that since the only verifiable objects we can see are those of the world of matter, then matter is the only thing worthy of study. They sometimes haphazardly conclude that only matter exists, and something such as consciousness, must therefore, also soley function with material elements alone.

Many leading proponents of artificial intelligence, such as Marvin Minksy, believe that humans are, in fact, machines, whose functioning, although complex, is fully explainable by current physics.

In this way, the human being is reduced down to an evolved biological program!

According to this absurd theory, thinking, feeling, and willing become merely the exibition of a complex array of chemical reactions within the brain.

Other than this commonly accepted understanding, it’s a fact, that few scientist would be willing to journey outside this realm of thought; for they might perhaps fear treading into the thin ice of *gasp* religious belief!

But that is not always the case….

There are a few avant-garde scientists, such as Roger Penrose, who are willing to go against the grain. Although a professed atheist, he is actually addressing many of the gargantuan gaps that are within these current scientific theories.

Roger Penrose is a Mathematician, who has received a number of prizes and awards, including the 1988 Wolf Prize for physics which he shared with Stephen Hawking for their contribution to our understanding of the universe.

He argues that the known laws of physics are inadequate to explain the phenomenon of consciousness. He also concludes that there is a part of our conscious thinking that could never be simulated by a computer.

The host (in this video below) after hearing this asks, “Then what is that something else that might come into play?”

What a good question! What is that something else? Could it be, science forbid, a soul?

No, the existence of a soul cannot be scientific discovery (they would assume).

But, what if that is the whole point here! Could it be that maybe, science is light-years behind the advanced knowledge of the Vedas, which fully disclosed a complete scientific understanding of the transcendental living soul that dwells within the machine of the material body, over 5,000 years ago?

Perhaps, it’s science that has finally started to evolve enough to actually begin a greater frontier than had ever been known to the Positivist universe before.

Maybe, if some scientists were not so quick to reject things out of superstition, they could study Vedic knowledge scientifically on this basis and come to solve some of these daunting mysteries of consciousness.

The untold irony is that these deeper intricacies of life had already been discussed by Vedic transcendentalists since the dawn of civilized time.

While modern science was in its diapers, busily playing with the childish toys of modern technological advancement, the Vedas had already been expounding and singing the scientific truths of a non-material soul, which offers a very sound and logical explanation of the phenomenon of consciousness.

Too Big To Fail

HBO rationalization of the 2008 corporate pillage of the American public.